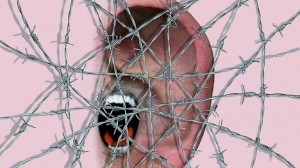 BY SILVANA GIUDICI FORMER PRESIDENT OF THE FREEDOM OF EXPRESSION COMMITTEE OF THE HOUSE OF REPRESENTATIVES, PRESIDENT OF FUNDACION LED (LIBERTAD DE EXPRESION + DEMOCRACIA)

When the urge to control narrative is almighty, the basic mechanisms of democratic harmony and citizen freedom suffer.

Bruera´s embarrassment after his social media post from Brazil saying that he was in La Plata is a clear example of the ruling party´s on-going attempt at manipulating communications.

His tale only lasted a few hours. But other lies, concocted and dramatized with the thousands of million pesos destined to Government advertising, go inadverted by some sectors of the population who confuse football halftime broadcasts with reality.

The basis of the ruling party´s propaganda strategy is a sophisticated and expensive Governmental and para-governmental machinery made up by producers, media, panelists and journalists who manufacture and repeat concepts endlessly. The official news agency and the public media are fed by that mill and play a key role supporting established scripts.

Who to defend, or who to attack turns into a viral order as the day goes by which is also replicated in social networks, multiplied by La Cámpora-led militant profiles. Should any journalist or panelist of the huge party-liner media conglomerate skew away from the script, they will get back at him or her in retaliation, as in Juan Miceli´s case (Channel 7 Newscast) who was told off on air by La Cámpora top-dog Larroque after an “awkward” question, or the unfriendly exchanges between panelists at the TV show 6, 7, 8 when any of them does not stick strictly to their unconditional complaisance towards the Government.

Such display of resources and advertising, however, does not seem enough to convince the audience. Ultra pro-government TV shows that will recurrently go for the kill against anybody that disagrees with “this model”, or the President herself when she is broadcast nationwide cause viewers to flee the networks, ratings dropping instantly.

That is why, lately, actions intended to hold up the official narrative progress with unimaginable creativity. One of them, the petition filed at Court by Prosecutor Di Lello, for instance, to censor a TV spot with Francisco De Narváez after FpV (Frente para la Victoria) attorney Jorge Landau filed a report about alleged infringement of the Election Law. Indeed, when Law No. 26,571 was addressed at the House of Representatives, I said that the restrictions imposed on political parties would cause an absolute imbalance with the party in office which would use the resources for Government advertising for its own communications while the rest of the parties would only be awarded a minimum share of television and radio advertising upon the drawing of lots (also managed by the very Government, Sects. 34 and 35 of Law 26,571).

All the restrictions of the electoral system and the censorship imposed on the opposition by the public media system thwart constitutional guarantees, restricting the legitimacy of any other political force other than the ruling party when accessing power.

Another two actions have targeted the independent media by suffocating them financially. One of them is the discriminatory tax amnesty announced by the Tax Authorities (AFIP) on March 25, from which the media were excluded on no grounds whatsoever. At the same time that President Dilma Rousseff has exempted the media from tax burdens as a way to allow for greater competitiveness, here the media are punished by trying to use tax pressure on them so as to enforce discipline on the editorial lines.

The other one is the ban imposed by Secretary for Trade Guillermo Moreno on supermarket chains, preventing them from advertising in certain newspapers. Quite a simple equation indeed: if the State is the biggest advertiser (currently representing 10 per cent of the total advertising pie), with 1,200 billion pesos yearly, and does not advertise in certain media while at the same time directing private advertising resources, the only media that will be able to survive will be the media that the Government chooses.

No democratic government had gone that far. The advertising ban affects directly supermarket chains—which lose sales because their special offers cannot be promoted, the media—which will be financially suffocated if the ban lasts long, and, above all, it affects consumers—who are prevented from exercising their right (provided for in Section 42 of the Argentine Constitution) to receive information on the products they consume and to fully exercise their right of access to information and to freedom of expression enshrined in Sections 14 and 32.

Collectively, these three actions boil down to a real clamps on information. Nothing that is inconsistent with the official guidelines about inflation, price evolution, political opinions or ideas other than those supporting “this model” is allowed to flow freely.

The holdbacks are as many and the restrictions are as illegitimate as all the citizen´s dilapidated public resources—dilapidated to quench the thirst of everlasting power—are considerable. Our freedom at the time of deciding which candidate to vote for or what journalist to listen to, or of comparing prices before buying in a supermarket, forms part of the rights enshrined in our Constitution.

Such right of ours and the freedom of press, which no sound democracy would be discussing, are squeaking under the strong pressure exerted by a Government which has managed to level our country down to the lowest levels of democratic quality as far as freedom of expression is concerned.